Back to Trelash cottage this week. We’ve been overdue to paint the cast iron  gutters and facia boards for a couple of years. The summers are just not long enough to get everything we want to do done!

The owners of the cottage had a cast iron rain water system installed some years ago, presumably replacing an innapropriate plastic one. Cast iron is a very strong material that will last for a hundred years IF PROPERLY LOOKED AFTER. In the past, cast iron would have been painted with lead-based paints which added to the durability of all that Victorian iron work. We are not allowed to use lead paint any more, but modern alkyd paints over zinc-rich primer are a good alternative. Cast iron will rust if exposed to air and water, so paint is vital to seal-off the iron from the elements.

New cast-iron is delivered with a coat of spray-paint already applied. However, as this info sheet from Tuscan Foundry points out, this coating is for transport purposes only, and – like new wooden windows arriving pre-painted –  the new guttering should be completely painted before it goes up. Usually though, an already expensive product becomes even more expensive if it has to be painted first, so many builders and homeowners are happy to see the instant result of new guttering installed while then conveniently “forgetting” to paint it.

This is a shame, as guttering is easy to paint when it;’s dismantled and at ground level, and you can make a good job of it and paint the inside and the hard-to-reach back rather than a cosmetic makeover of the bits you can see from the ground. Also, lengths of rotten facia board can be replaced and all of the facia’s painted without trying to get a brush up behind the gutter. So in the case of this job, it had to be done right first time, and down it all came. 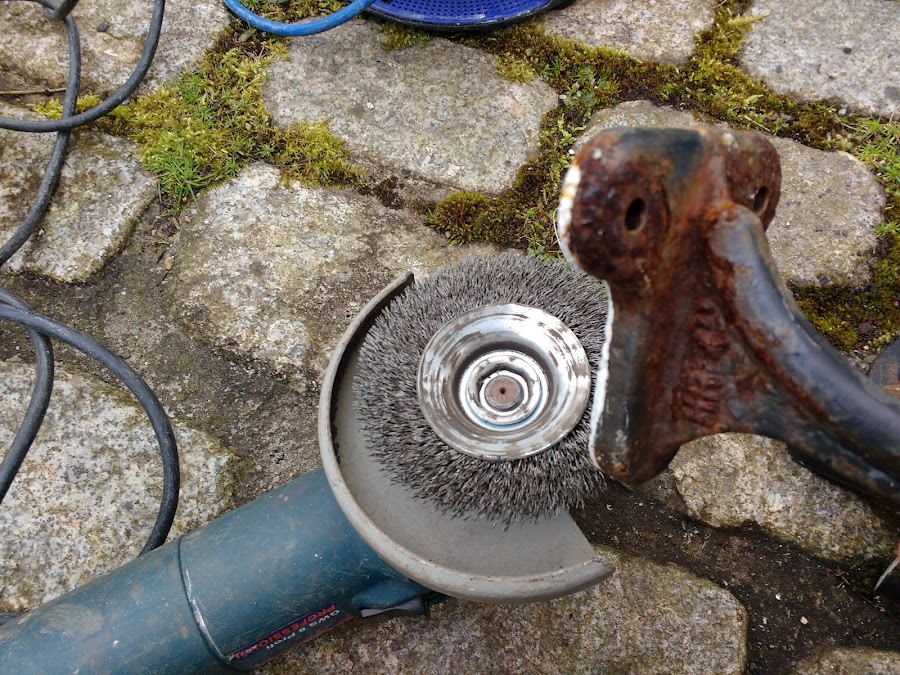 When the gutters were down, you could see not only rusting parts, but discoloration in the paint where the paint was on its way out. So first we used a grinder with a wire wheel attachment to get as much rust off as possible. Then the gutters were primed with a zinc-rich primer with some Owatrol added to it.

Owatrol is a rust proofing product which can be painted onto stable rust, sealing it from the elements and making it a sound surface to paint on as well as preventing the metal from continuing to oxidise. Where there is slight rust, as in this case, it’s sufficient to add a proportion of the Owatrol oil to the oil-based primer, thus doing both jobs at once.

After priming, two coats of Dulux Metalshield were made easier by the use of a drying rack, especially as in this case Metalshield can be re-coated in 6 hours in warm weather allowing both sides to be coated on the same day. 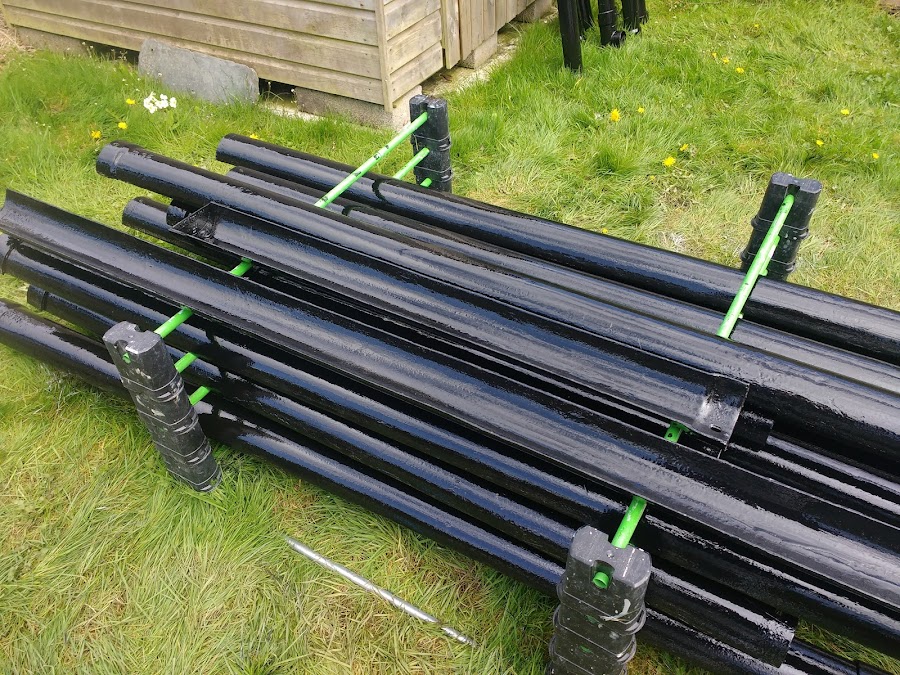 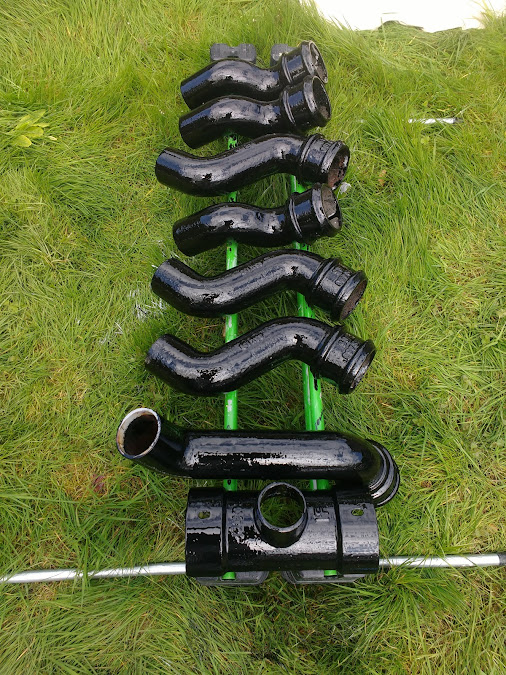 When installing cast iron gutters, it is necessary to seal the joints between the lengths to prevent leakage. This CAN be done with silicone sealant, but I am dead against the use of silicone anywhere near paint. So I ordered a pack of proprietary rubber sealing kits to do the job.

And voila! Regular inspections for chipped paintwork notwithstanding, these gutters should go at least 8 years before repainting.